At the end of February, I lost the last of my grandparents. This has led to a period of reflection. I loved all of my grandparents very much and am so thankful for the relationships I had with each. I knew them well enough to both like and dislike things about them. Not everyone is that fortunate.

Lately I've had songs from Itzhak Perlman's, "Greatest Hits," CD in my head. On my commute home I decided to dig out the CD and listen to it. I'm taken back to a time when I had a conversation with one of my grandpas. I was in high school and had the opportunity to attend a master class with Rachel Barton and later a concert. The next time I saw my Grandpa, I told him about it and played some of my favorite songs from CDs I purchased after her concert. My Grandpa, with a twinkle in his eye, said to me, "You think she's good?" I said, "Yes. Of course. She's way better than me." And then my Grandpa introduced me to Itzhak Perlman. Several years later when he passed away, my Mom went through his CDs. Among many CDs of his I received was Itzhak Perlman's, "Greatest Hits."

Going through photos has also helped with my grieving process. One of my favorites is a picture of one of my grandmas and me. I'm sitting on her lap on our family's couch, totally enveloped in her arms, wearing one of her necklaces.

I remember one time I was sick, Dad was out of town, and Mom was out of PTO. At that time we lived a couple hours from my Mom's parents so Grandma drove up to take care of me. She dusted and vacuumed the house from top to bottom. I couldn't believe how much energy she had. Once I started feeling better, she asked what I wanted to eat and said she would make me whatever I wanted. "Whatever I want?" I asked. "Yes." said Grandma. I picked french toast. :)

My other Grandma also like to make french toast. When our family would stay at their house, she would ask my sister and I what we wanted for breakfast. French toast was always my choice. Sometimes my sister wanted waffles or pancakes so we took turns picking breakfast. I remember the first time we asked for cheese on our scrambled eggs. She was hooked thanks to us.

Besides keeping us well fed with our favorite foods, she also played games with us. The first time I played Ants in the Pants and Clue were at her house. And oh my, the card games. Card games were a popular form of entertainment on my Dad's side of the family. I'll never forget the time my Grandpa and I were a team playing against my Dad and my Uncle. I had the best hand of my life and knew I could take all the tricks. At first my Grandpa was annoyed that I forced him to play all of his good cards at the same time as my good cards. Wasted tricks, if you will. He sat across from me, grumbling and giving me looks he hoped I understood. Halfway through the hand he got quiet. Near the end of the round his face was beaming. Once the hand ended, he couldn't stop bragging about me. He thought he had the best partner and never again did he doubt my strategies.

I learned so much from each of my grandparents but most importantly I was dearly loved. They showed interest in my interests, told me how proud of me they were, were keenly aware of all of my favorite things, and spent as much time as possible with my sister and me. I couldn't have asked for better grandparents and am proud of the many ways they have influenced my life. Whether it's attributed to nature or nurture, I don't much care. The fact that in many ways it could be either brings a smile to my soul.
Posted by honeyspoon at 4:55 PM No comments:

I've been working on a new pattern. I'm still working out kinks and it still needs to be test knit, but for now is a teaser photo. 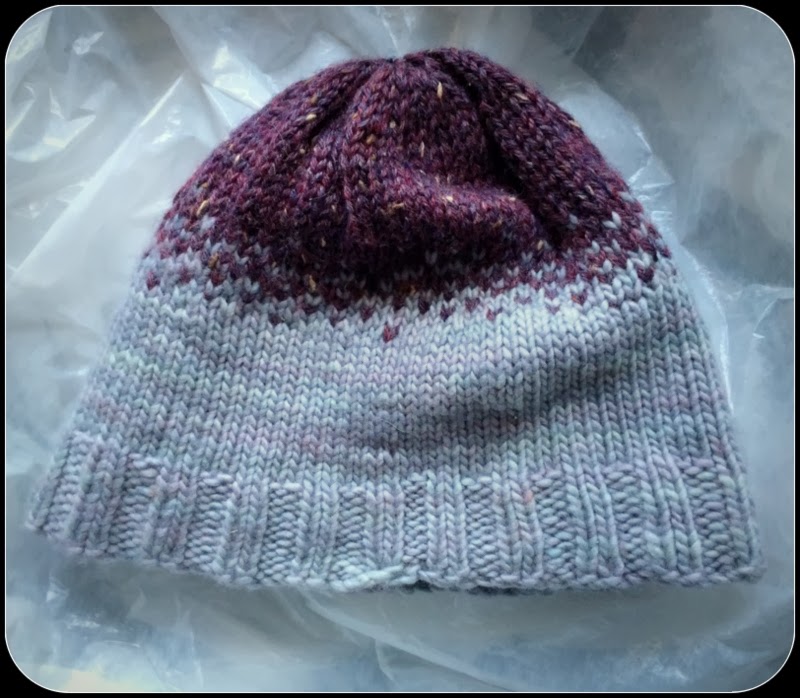 Posted by honeyspoon at 11:01 AM No comments:

I put forth effort to try to obtain different opportunities. I waited patiently to see what would unfold. This is not what I thought my life would be like at this point in time. I didn't know what to expect but I didn't expect this:


A situation I thought was temporary is now semi-permanent.


It's funny how not much can change while at the same time nothing is certain or stable. It feels like change is happening simply because it is expected around the next corner. I suppose what's changing is my perspective. Decisions I avoided making while waiting to see what "now" would be like have been made. More decisions are soon to come.

Although reality did not meet my expectations, I have peace. I know I'm where I am supposed to be at this point in time.

Posted by honeyspoon at 5:49 PM No comments:

Mild Confessions From An Amature Runner

Growing up, I never really enjoyed running. A year or two ago I took up the Couch to 5K plan, which completely changed my perspective. I learned how to pace myself, how to breath better, and that I'm capable of far more than I ever imagined.

A year ago I ran in my first 5K race and found it to be very anti-climatic. In fact, I would say it was one of my least enjoyable runs. I'm sure the heat and humidity had something to do with it but I have another theory. I have a tendency to compare myself to others. Mr. Honeyspoon is an avid runner and I've found that running with him makes me feel slow and therefore lowers my enjoyment. I believe the same thing happened when I ran the 5K. Even though I met my goal of jogging the whole time without walking, I had a hard time not comparing myself to others and overall felt slow. In comparison, some of my most enjoyable runs have been when I've been by myself and pushed myself to obtain a mini-goal.

Working in prosthetics, I see both ends of the spectrum when it comes to patients. I have patients who need a lower limb prosthesis because they didn't take care of themselves. They are obese, smoke like a chimney, and failed to see a doctor when they acquire an ulcer that just seems to get worse and worse. These patients motivate me to take care of myself. I truly believe one of the factors to a long, happy life is to stay active both physically and socially.

On the other end of the spectrum I have patients who lose a lower limb due to trauma who accomplish so much. It is hard work learning to use a prosthesis. Famous athletes who are amputees make it look easy but it's not. It requires more energy and it takes practice. Lots of practice and exercises to strengthen each of the muscle groups. And sometimes they fall. But then they get up and keep working at it. These people make me realize we are capable of far more than we ever realize. Mental hurdles are often our biggest obstacles.

I really like that I have motivation from both ends. I have situations I would love to avoid and situations I'd love to have. I suppose this is just another example of finding balance.

For those of you who exercise regularly, what motivates you? What keeps you going?
Posted by honeyspoon at 7:56 PM 2 comments:

I'm home when I'm with my Sweetheart.
Posted by honeyspoon at 9:00 AM No comments:

Posted by honeyspoon at 5:00 AM No comments: 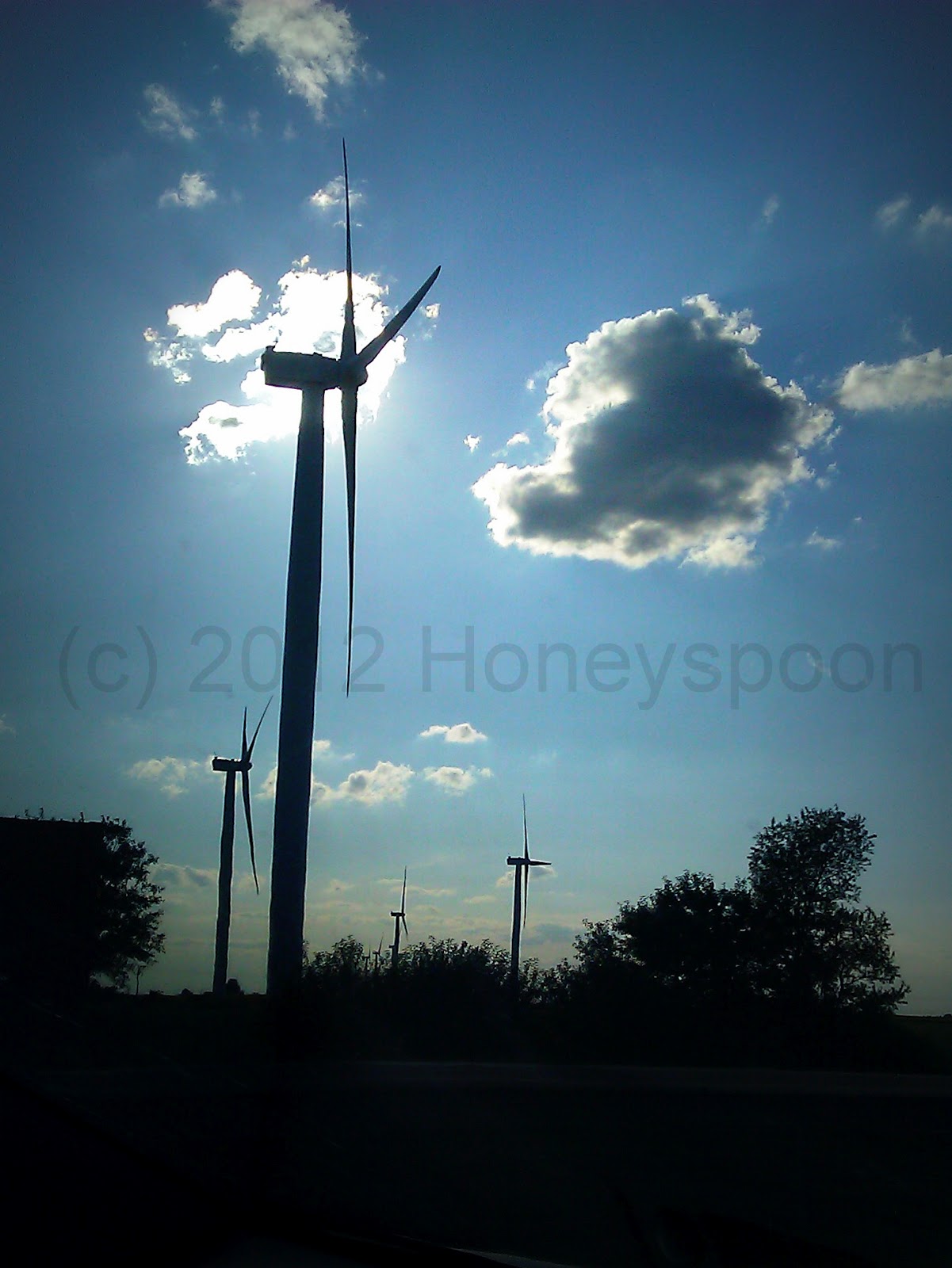 Posted by honeyspoon at 5:00 AM No comments:

honeyspoon
United States
I am an amateur photographer just making it through each day one photo, knitting project, or thought at a time. I can be emailed at honeyspoonful[at]gmail.com